Vote for sUSD in Compound community vote and you could win 1000 SNX! 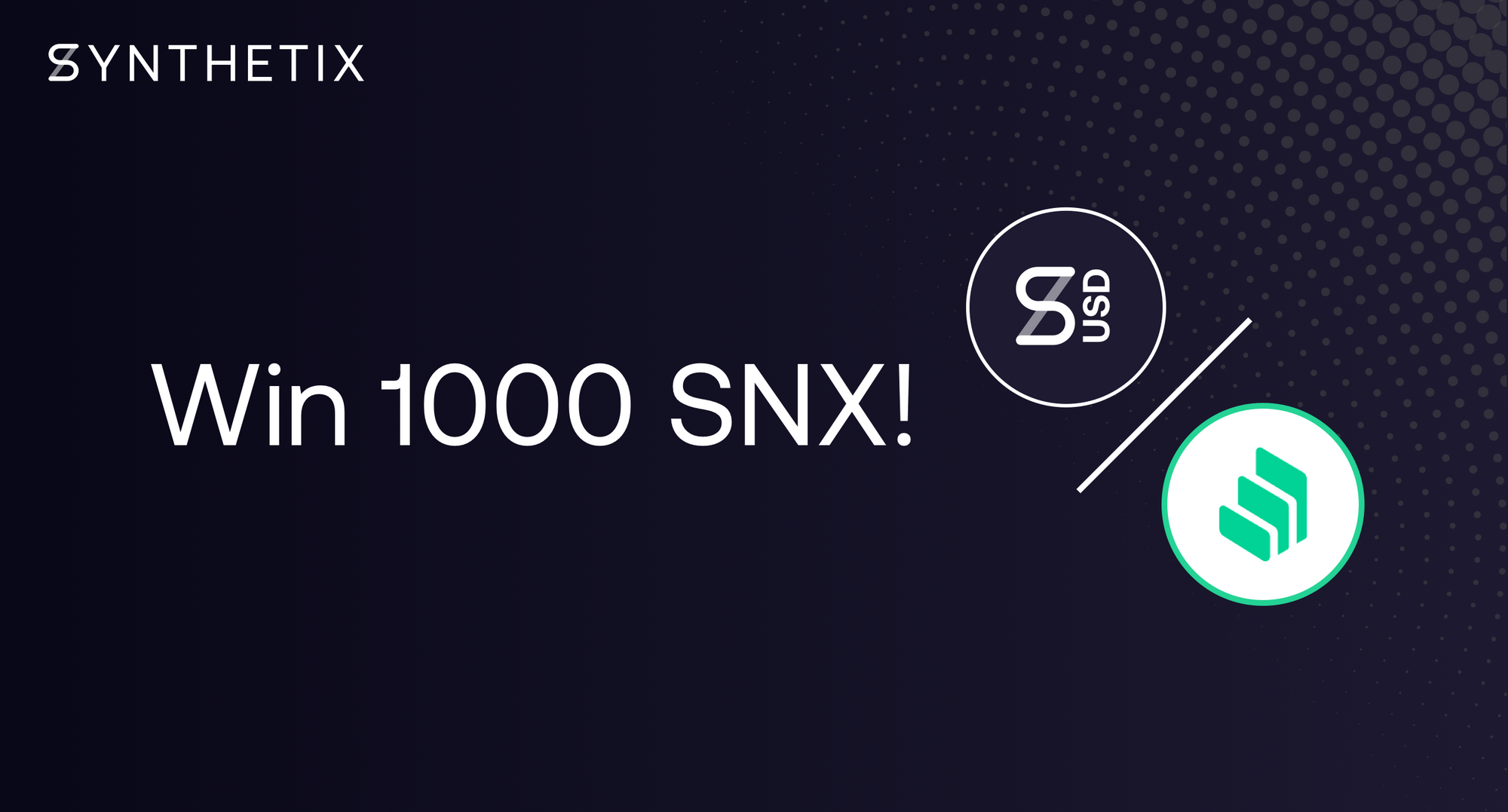 Compound's community vote has been underway for a week, and sUSD is currently sitting in fourth place. Thank you to everyone so far who has voted for sUSD to be one of the two assets next listed on Compound.

We'd like to reward people who've already voted and people who have been waiting for an "incentive" to vote by offering a chance to win one of three blocks of 1000 SNX. We'll use the following method: