The Spartan Council has now been elected! 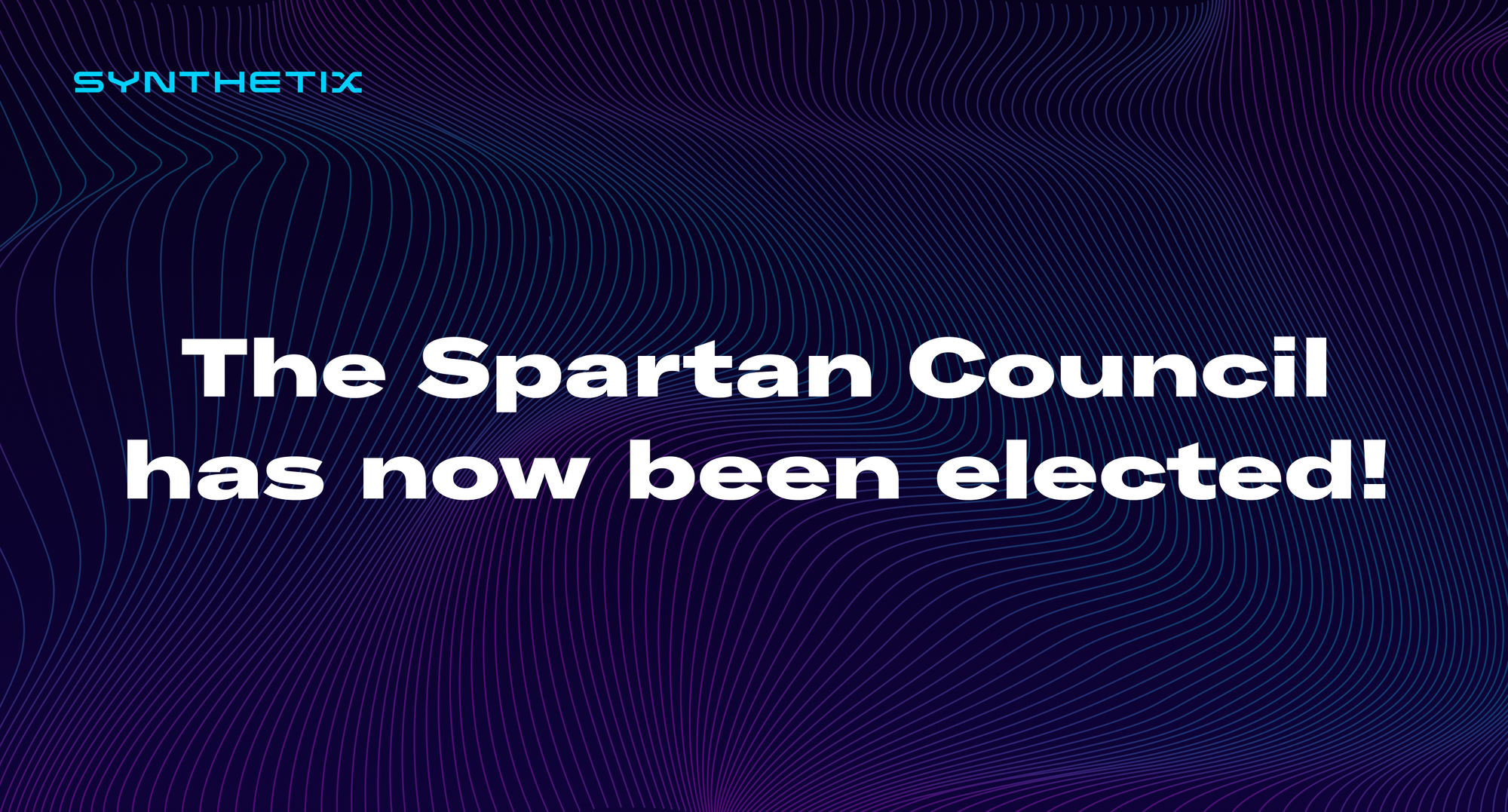 The Spartan Council will be responsible for approving proposed changes to the Synthetix protocol. Initially, this will only include SCCPs (i.e. configurable changes on certain aspects on the protocol, such as changing exchange fees or the target C-Ratio), but the aim is to also include SIPs (i.e. more complex changes to the protocol) in the future.

Council members will vote on SCCPs at gov.synthetix.io. There is also a Council Chamber channel in Discord, where council members can openly debate on topics but is read-only for all non-members.

The Council NFTs have just been sent out by the protocolDAO to the top 7 placed individuals in the poll at the time (11am AEDT, Dec. 10). There had been some fluctuations among the top 8, and the Synthetix core contributors + community are working on how to resolve this.

The elected members will be on the Spartan Council for the first Council Epoch, which lasts until January 8 (0:00 UTC). That is, unless during that time SNX stakers amend their votes at council.synthetix.io so as to affect the placings — if one of the elected members drops out of the member placings, then they will be replaced by whoever took their place. If this occurs, this process will be carried out manually by the protocolDAO.

During the next Election Period (January 1 - January 8), existing Council members from the current Council Epoch will remain on the Council but will still be able to be voted out via people changing their votes in the poll from December’s Council Epoch.

If you want to know anything more about the Spartan Council, come see it in action in the Synthetix Discord!

You can also check out Kain’s original post about the Council, or the summary of how the Council Election would work.