How to minimize risk with stablecoins 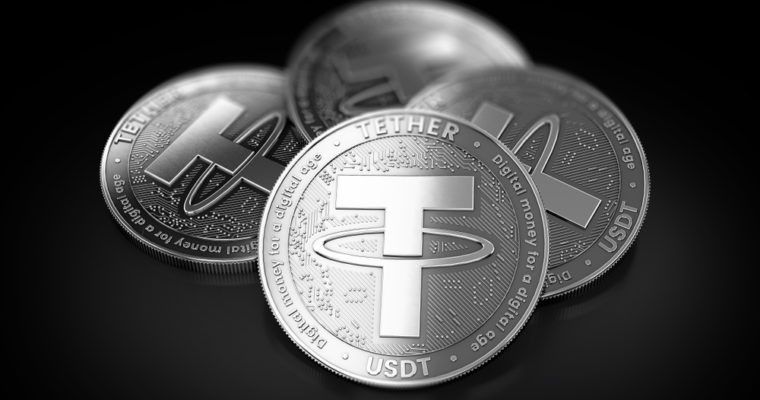 The recent Tether panic, in which people fled USDT en masse, generated significant discussion on the viability of the current stablecoin ecosystem. Many people appeared to lose faith in Tether, probably partly in response to recent news surrounding its banking issues. This led them to trade into other fiat-backed stablecoins or other cryptocurrencies, often at a significant premium. The unprecedented sell-side pressure caused Tether to break its peg to the dollar by almost 15%, which of course increased awareness of other fiat-backed stablecoins, as exchanges rushed to allow users to trade their USDT to something else. OKEx and Kucoin both listed four fiat-backed stablecoins with 24 hours, with Binance having listed several as well over the last few weeks.

People were exiting Tether over concerns that USDT might not be able to be redeemed for $1 USD. In this article I will argue that trading into another fiat-backed stablecoin — despite being a prudent short-term strategy — does not reduce exposure to the largest risk present in all fiat-backed systems. A better solution is to diversify your risk by also holding decentralised stablecoins, which have risks of their own but, crucially, have different and likely somewhat uncorrelated risk factors.

Fundamentally, the reason people sold Tether was because they started to doubt that USDT could be redeemed for the USD that backs it. This was fuelled by rumours at the start of October that Noble Bank, the Puerto Rico-based bank that reportedly holds Tether’s collateral, has become insolvent. The fear escalated when Bitfinex, whose ownership has been linked to Tether, disabled fiat deposits on October 11. From there, panic set in, and people rushed into major cryptocurrencies and alternatives fiat backed stablecoins.

By trading Tether for other fiat-backed stablecoins, which is what many USDT holders did, people were minimising their short term risk. At that point, they believed there was a chance that USDT would become irredeemable, but that the other stablecoins would continue to be redeemable. This move reduced their exposure to several risks specific to Tether, such as the rumours about Noble Bank’s current issues. But crucially it did not remove their exposure to a significant and much larger risk inherent in all fiat-backed stablecoins.

The problem with simply selling USDT for other fiat-backed stablecoins is that they could suffer many similar problems to Tether in the future. Admittedly, the fact they’re audited means they don’t expose you to the risk that they’re not backed by anything. But if you’re one of the many people (including myself) who believe that Tether is likely to be fully backed, then that was never the primary risk of Tether.

So while a regulated stablecoin is a clear improvement from a transparency perspective over Tether, it may actually be worse than Tether, as it could lull users into a false sense of security. At least with Tether, everyone openly calls it a ticking time bomb. One of the most critical aspects of Bitcoin’s success was its ability to bypass the existing financial system by removing the need for trusted third parties. This made it resistant to censorship and seizure and allowed everyone who held it to have control of their own funds.

Fiat-backed stablecoins may look similar to Bitcoin, but they have reintroduced the need for trust in multiple parties. The first is the issuer of the stablecoin, the second is the regulatory body that oversees this issuer and a third may be a different regulator that oversees such systems in their home jurisdiction. All three of these actors introduce risks, from fraud to seizure. It makes a lot of sense that centralised exchanges rushed to accept other centralised stablecoins, but the decentralised ecosystem is growing, and any form of centralisation is a short-term pragmatic solution that is hindering the core ideal of cryptocurrency: controlling your own money.

Diversifying your risk is the best way to minimise risk

It’s also a good idea to diversify your stablecoin portfolio. But if your objective is to minimise risk, you should diversify into different kinds of stablecoins to ensure you’re exposed to different kinds of risks. Even if you have diversified into TUSD, USDC, USDG, and PAX, you’re still exposed to almost identical risks. For example, US regulators could ban USD-backed cryptoassets. We’ve already seen with E-Gold that the Government is willing to shut down an alternative monetary system.

If you really want to minimise your risk in the stablecoin ecosystem, you should diversify your risk by holding a range of different kinds of stablecoins. Cryptoasset-backed stablecoins such as Havven’s nUSD or MakerDAO’s Dai may have their own risks, but they are different risks to simply being shut down by regulators. Also, once algorithmic stablecoins reach the market, they too will offer different risk profiles.

The recent events around Tether show the stablecoin ecosystem is hugely important, and it’s easy to overlook how many people and systems rely on stable cryptoassets. But if Tether scared you, you should probably stay scared unless you diversify into different kinds of stable cryptoassets, or you might go through a Tether-like scenario again.