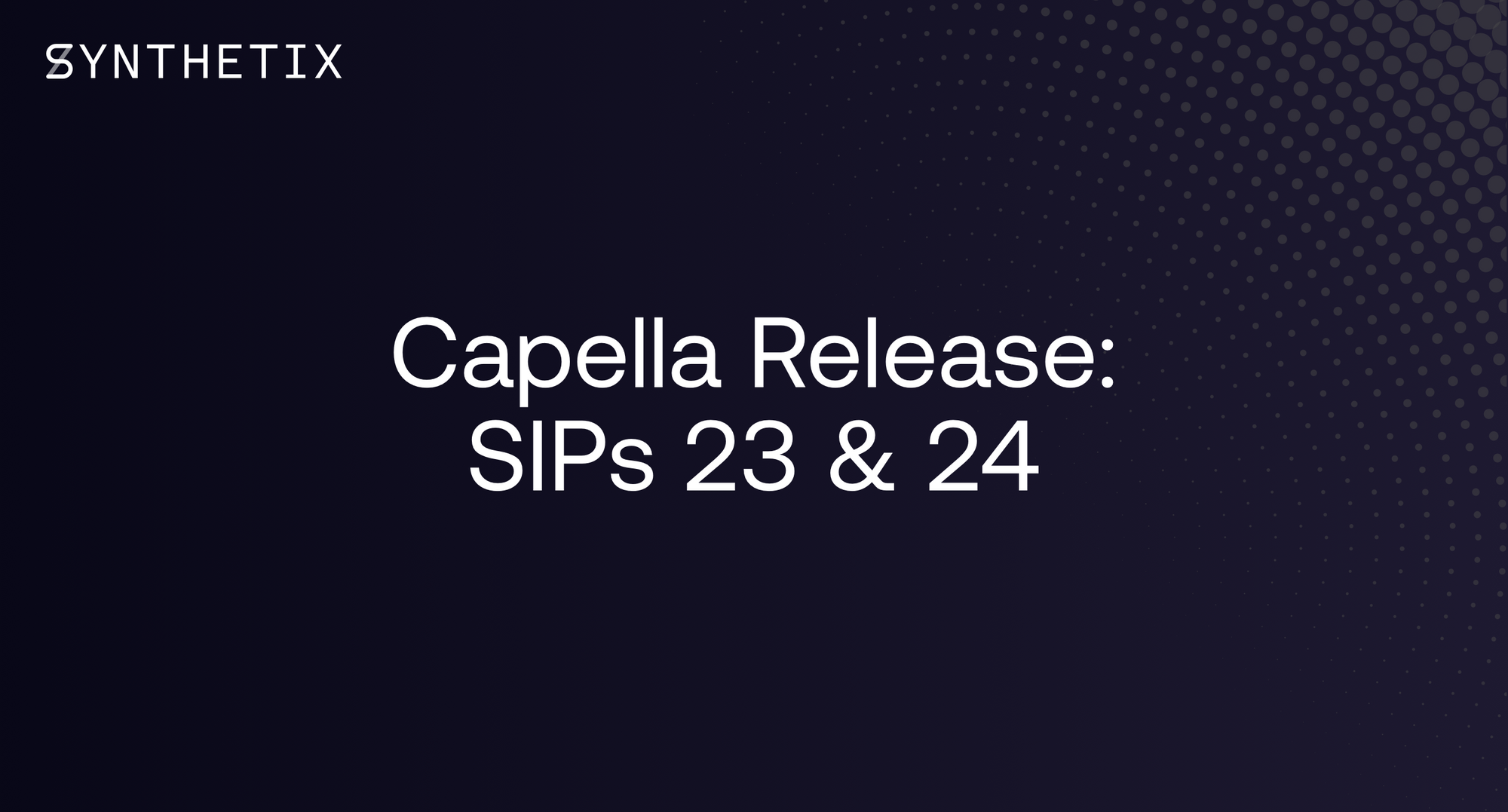 Next Thursday (December 12, AEDT), we'll be deploying a new system upgrade to launch some of the recently approved SIPs. We will be taking down the system for several hours to deploy this release. During this time, users will be unable to interact with the system in any way, including using Mintr or Synthetix.Exchange, and transferring SNX or Synths.

As these are changes to the monetary policy, we’ll be publishing a blog post next week explaining the implications in a little more detail. (Update: here's the blog post)

This release is called ‘Capella,' which like all releases is named after a star (in order of visual magnitude). If you've got any comments or questions about the release, please submit it at our GitHub Issues page or come join the informal conversation in Discord.