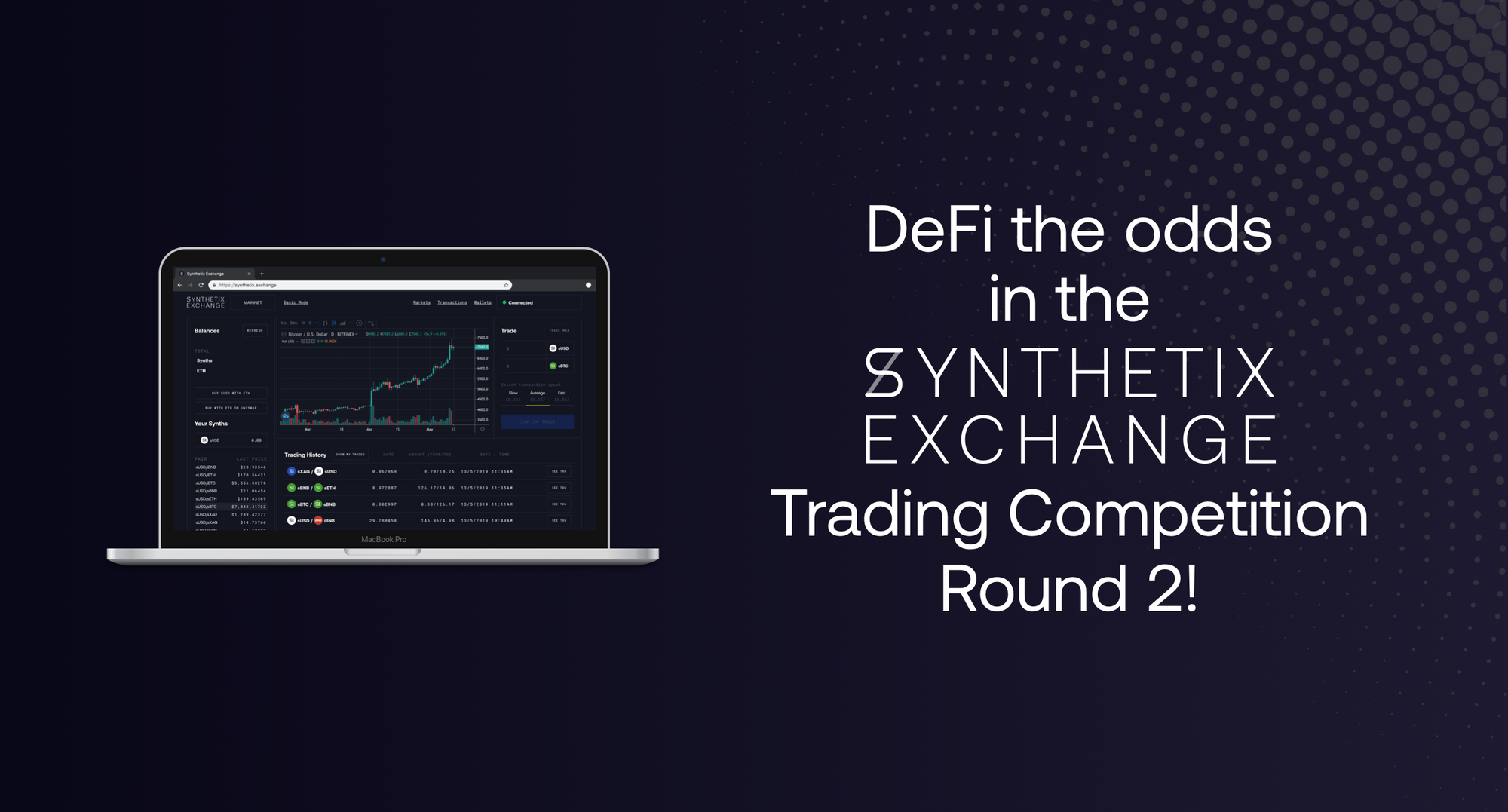 After the success of our first Synthetix.Exchange trading competition, it’s time for Round 2, which you can join by filling out this form here! We had a fierce group of traders pitting off against each other in Round 1, and it was fascinating to follow the action in Discord the whole way through. In the end, one winner topped both the dollar gain and the percentage gain streams despite only being eligible for one, making a fantastic 170.80% profit from just three well-timed trades. We’ll be paying out the 4000 sUSD in total rewards this week to the following wallets:

Apart from this change, it will run in quite a similar way, and we’ll be adding a leaderboard on Codepen again once we’ve got all the entries in. You can enter by filling out this form here. Minimum entry is 20 sUSD value for both streams.

The other major difference to Round 1 is that entrants will need to choose which stream they are joining: the dollar gain stream or the percentage gain stream. This is to prevent the scenario of last round, in which an individual won both streams and we had to decide which stream to place him in, given that we’d communicated a user couldn’t place in both.

Thanks again to everyone who participated in Round 1, and good luck to all who fill out this form to join Round 2! If you've got any more questions about how it works, come join the community in Discord.