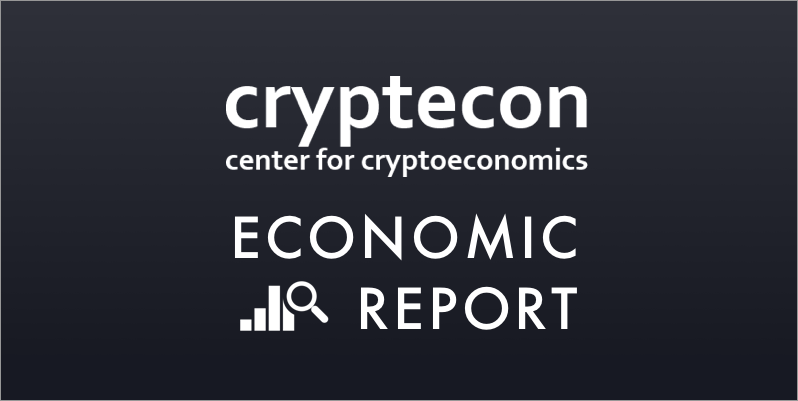 When we began working on Havven we knew the road ahead would be challenging. Designing cryptoeconomic systems requires significant cross-domain expertise. While most projects understand the importance of writing secure smart contracts, few place equal importance on the system’s economic incentives. This approach is dangerous because incentives provide the foundation for participation in cryptoeconomic systems and in the context of stablecoins, the utility of the system as a whole. Poor incentives will almost certainly lead to a collapse, either from some deliberate attack or exogenous price shock.

While we have economic and financial expertise in our team, we knew it was in our best interests to partner with economists that were experienced in cryptoeconomics. After all, Havven’s success would depend on its stabilisation mechanism and incentives. In our search we found cryptecon — a team of postdoctoral economic researchers and consultants who assist projects with the “design and analysis of mechanisms and incentives in blockchain based token economies”.

We engaged cryptecon to help us design a robust price stabilisation mechanism. After months of hard work, both Havven and cryptecon were confident that the supply side incentives we had designed would enable the system to stabilise the nomin price. At this point, cryptecon began an independent analysis of Havven. They developed a game theoretic model to determine whether actors in the system would follow the incentives. They also conducted simulations to understand how resilient the system would be to exogenous shocks.

We are pleased to announce cryptecon’s major finding:

“Under certain assumptions and parameters, havven holders will follow the proposed mechanism and the price of nomins will stabilise at around $1”

We have now released cryptecon’s report, which can be viewed here. Below we provide a short summary to highlight some of the major points.

The report begins by formalising a model of the Havven economy. It describes the relationships between the three players (havven holders, nomin users and the system itself) and the concepts of issuance, collateralisation and transaction fees. It also defines the havven holder’s problem, an expression that represents how many nomins a strategic havven holder should issue to maximise their profit.

The analysis section of the report is conducted in two parts. The first provides an analytical solution to the havven holder’s problem. The result shows that in equilibrium, a havven holder maximises their profits by choosing to issue the number of nomins that yields a price of $1. The second part simulates the actions havven holders take when there is a change in nomin demand. Having relaxed some assumptions necessary to solve the game analytically, the analysis reveals a unique Nash equilibrium where all players are best off changing their number of issued nomins to restore the nomin price to $1. For those not familiar with a Nash equilibrium, its a game theoretic term which refers to a situation in which no player can benefit by changing their strategy. In the context of havven holders, it means that no matter how others behave, they are always best off changing their number of issued nomins to be equal to the collateralisation target, yielding a nomin price of $1.

The simulation section of the report measures the resilience of the system to changes in demand. This is done by modelling periods of growth and decline and measuring how different system parameters affect the stabilisation mechanism. The results suggest that given appropriate values for these parameters, the nomin price should converge close to $1 in all circumstances except where nomin demand falls to zero. We accept this as a failure case as the system can have no utility if there is no demand for the nomin.

We are very pleased with the results from cryptecon’s analysis. The report also provides several suggestions for minor adjustments to the system description. We are currently in the process of incorporating them in the next release of our white paper. The validation of our system and its incentives is reassuring for the team and our community as we approach the initial release of nUSD on June 11. Finally, we would like to thank the team at cryptecon for their hard work and the role they have played in Havven’s development.