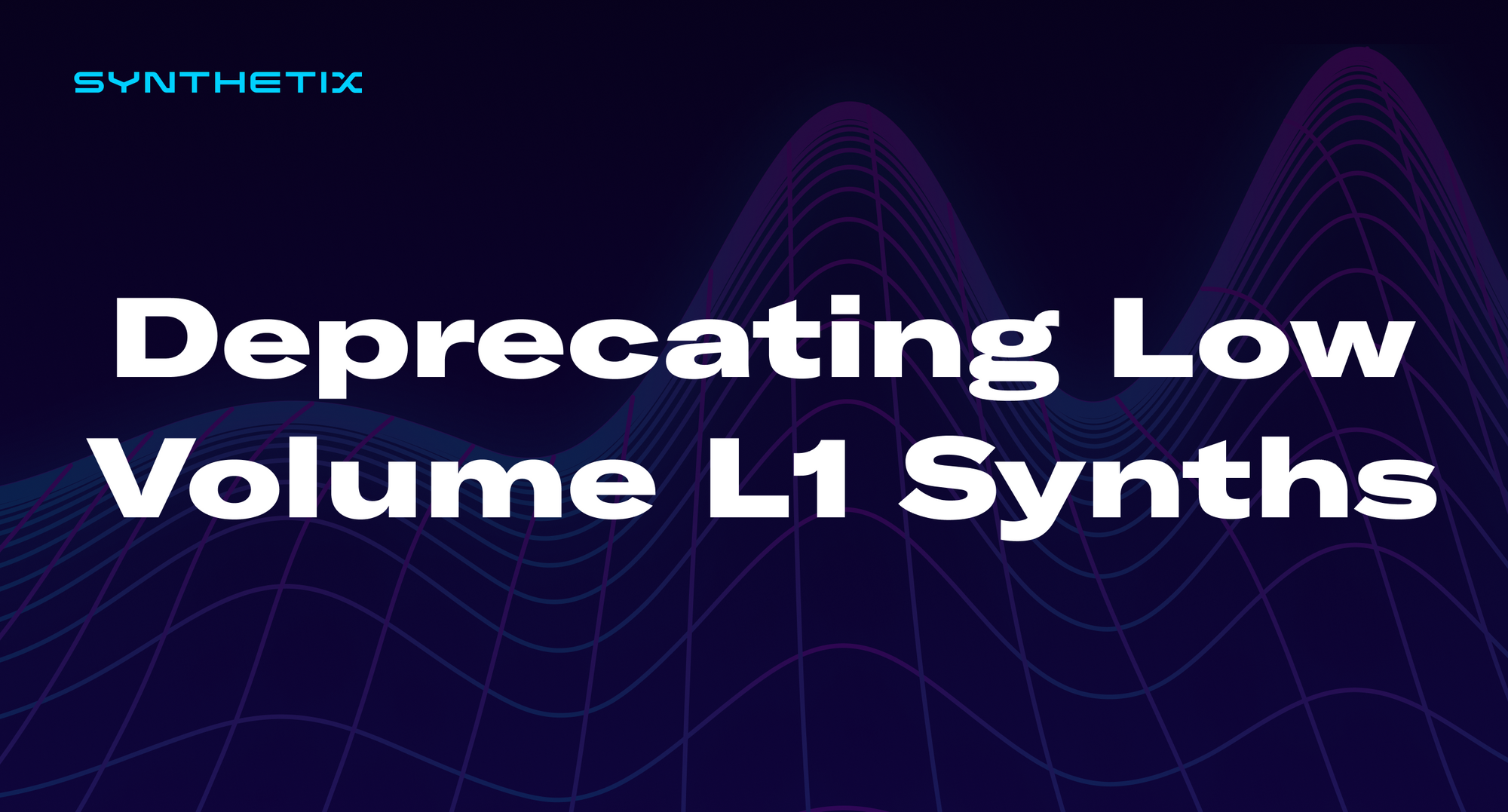 These synths generate relatively low volumes on L1, with most having high exchange fees due to various risk factors which can be better addressed on L2. Reducing surface area during the transition to L2 will minimize chances of an exploit while helping to accelerate the shift to a better, faster trading experience on L2.

Deprecation of these synths is pending the release of SIP-174, which is expected to be deployed with the Mirfak release this week (estimated for Tuesday September, 14th). SIP-174 introduces a new mechanism allowing holders of deprecated synths to redeem them at a fixed price for sUSD without needing to be purged to sUSD prior to deprecation.

If you've got any comments or questions about the release, please come join the conversation in Discord.