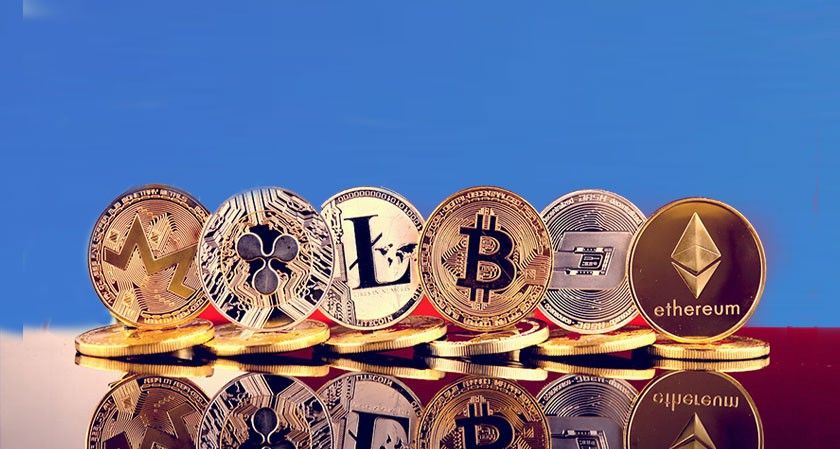 This is a question asked quite frequently when discussing cryptoassets with people unfamiliar with trading and markets. The question relates to what “happened” to the approximately $600b the crypto market cap shed in the correction we’re currently in. While the answer may be trivially obvious to some, it remains unclear to many.

The answer, of course, is that the money didn’t go anywhere; cryptoassets were just repriced based on the market sentiment. The way in which market caps — and, by extension, the value of any given coin or token — are calculated leaves the cryptocurrency market open to these huge fluctuations. This article will unpack how the current pricing model works, and then consider the potential implications in relation to stablecoins, which are often reliant on collateral that has a certain value. The potential for stablecoins to combat price volatility has been a hot topic in 2018, with the launch of several projects and the announcements of even more upcoming projects ensuring that they’ve been omnipresent in blockchain news.

For the sake of clarity, let’s break down the current method for determining the value of a cryptoasset, using Bitcoin as an example.

In mid-January, the price of bitcoin was $20k. Upon hearing this, many people employ a simple heuristic and draw the conclusion that all Bitcoins were worth $20k each. This seems to make sense, because we are used to things being priced in a static way. For example, an iPhone 8 is $699 regardless of how many of them Apple sells. In contrast, when we work out the market cap of Bitcoin, we simply multiply the most recent traded price by the total number of Bitcoin in circulation.

So, simple logic would tell us that if you are holding 100 BTC, priced at $20k each, you have $2m, right? The error with this line of thinking is that it excludes one key variable: liquidity. $20k was not an established retail price for Bitcoin, it was only the equilibrium point between buyers and sellers at that point in time. It is not as if there were enough potential buyers to buy every Bitcoin at $20k; in fact, if even a fraction of the total Bitcoin supply were for sale at that price, the price would rapidly shift downwards.

This important point illustrates how the global crypto market cap can drop by $600b over the course a few months. Because we are constantly assuming that the price of all existing cryptoassets is represented by the most recent sale price of each of them — and by failing to factor in the depth (or demand) at the current prices — we drastically overstate the market cap of any given token. The recent drop highlighted this variance between the market cap value and the liquidation value of the global cryptoasset market.

The following example may help clarify:

Imagine we have two people, Andy and Bob, who each have $25 and are bidding on a pizza. The bidding starts at $1, but quickly escalates until Bob has offered his full $25 for the pizza. Unable to outbid the competition, Andy instead undercuts Bob by offering $25 for 9 of the 10 slices. Bob responds in kind, offering $25 for 8 of the 10 slices, and so on until at last, Andy wins the auction with his offer of $25 for one slice of pizza. Extrapolating out the value of this one slice of pizza, the entire pie is suddenly worth $250 — five times more than the actual purchasing power in the market. Even more importantly, if Bob were to leave the market, suddenly Andy has no competition and can purchase pizzas for $1 each.

This same concept applies when we use cryptoassets as collateral, because we apply the same logic: we look at the most recent price and we apply that to the entire supply. But as we have seen, this is not totally sound.

Let’s look at a scenario where we use a reasonably liquid asset for collateral in a CDP. A CDP is a collateralised debt position, which in the context of stablecoins basically means locking up a cryptoasset as collateral to issue a stablecoin against.

Let’s take OMG, as its liquidity should keep it fairly safe from price shocks. The problem is that if you want to issue a stablecoin using your sizable OMG holdings as collateral, the CDP will be assumed to contain the total value of the OMG inside. Supposing the CDP contains $10m in OMG, there would be no way that the holder of OMG would be able to liquidate that position on the market without significantly shifting the price. Despite this, the CDP allows for the issuance of the total value of the position, making it almost as if the issuer were able to liquidate the position at the current market price.

To further illustrate the problem, let’s assume the stablecoin issued by this CDP represents 1% of the total stablecoins issued. In spite of their inherent fungibility, this CDP and the stablecoin it issued is on far less stable ground than a CDP where the underlying asset is ETH. With the exception of off-chain assets, this problem will exist for almost any asset that can be used for collateral in a CDP.

This opens up an attack vector wherein an individual could take up a significant portion of an asset, pump the price, issue a stablecoin against it and then let the CDP liquidate. If executed well, this strategy could lead to significant profits. The bigger issue is that the stablecoin that was issued against the CDP can now be traded as if it were fully backed by a strong asset because the stablecoin would continue to exist even after the CDP is liquidated.

In addition to hurting holders of the asset being pumped, such an attack would also undermine the entire ecosystem of the stablecoin being issued against this compromised CDP. This batch of stablecoins being issued are, for all intents and purposes, counterfeits — they look and function the same as legitimate currency, but they no underlying value to back them up. The key difference here is that there is no way to distinguish between a “real” stablecoin and one that has been issued against an asset that is now worthless; they are digitally identical.

As an illustration, imagine a world in which there were no credit scores. In order to obtain a loan, all you have to do is prove that — for the moment — you own something of value. Using this to your advantage, you go out and buy a 2019 Mercedes Benz AMG-GT using only a downpayment. You drive it off the lot and directly to your bank, where you take out a loan against the full value of the car. You hand them the title, they hand you a check for $100,000, and you’re on your way. Upon leaving the bank, you wrap your new ride around a tree, and walk away unscathed. When the repossessor comes knocking on your door 3 months later because you haven’t made a single payment, you gladly hand him the keys to the mangled metal frame sitting in your driveway, all while thumbing through your stacks of $100 bills.

This is a problem that using uncorrelated assets poses for a cryptoasset backed stablecoin. (Admittedly, the alternative option of using correlated assets also poses problems, as feedback loops can accelerate the devaluation of the underlying asset if the network begins to lose adoption.)

The proposed solution to this reflexivity issue is to ensure that there is a buffer between the issued stablecoins and the underlying asset. The challenge is that as asset illiquidity increases, you need to build in more of a buffer for safety. This trade-off between scalability and safety is a fundamental one in on-chain, asset-backed stablecoins.

The final point to consider is that reflexivity is amplified when there is no ability to present a valuation model for the underlying asset. This means that assets which do not produce a yield are subject to much more volatility, since demand is the only driver of price.

In order to alleviate this, it is important for stablecoin projects to provide a scaling incentive to their stakers. For example, by deriving the value of your stablecoin from the fee rewards paid to stakers, it becomes easier to value the token as a means of participating in the payment network, over time. As the certainty of valuation for each token increases, the collateralization ratio can be lifted. Without such a direct incentive scaling, an on-chain, asset-backed stablecoin will be extremely challenging.

Like many implementations of blockchain technology at this stage, stablecoin systems are a series of trade-offs, and there is no perfect model that will handle all scenarios. This is why we believe it is so important to continue to experiment with stablecoin designs, including algorithmic solutions that, while still very theoretical, may present a sliding scale of compromise between scalability and safety margins.