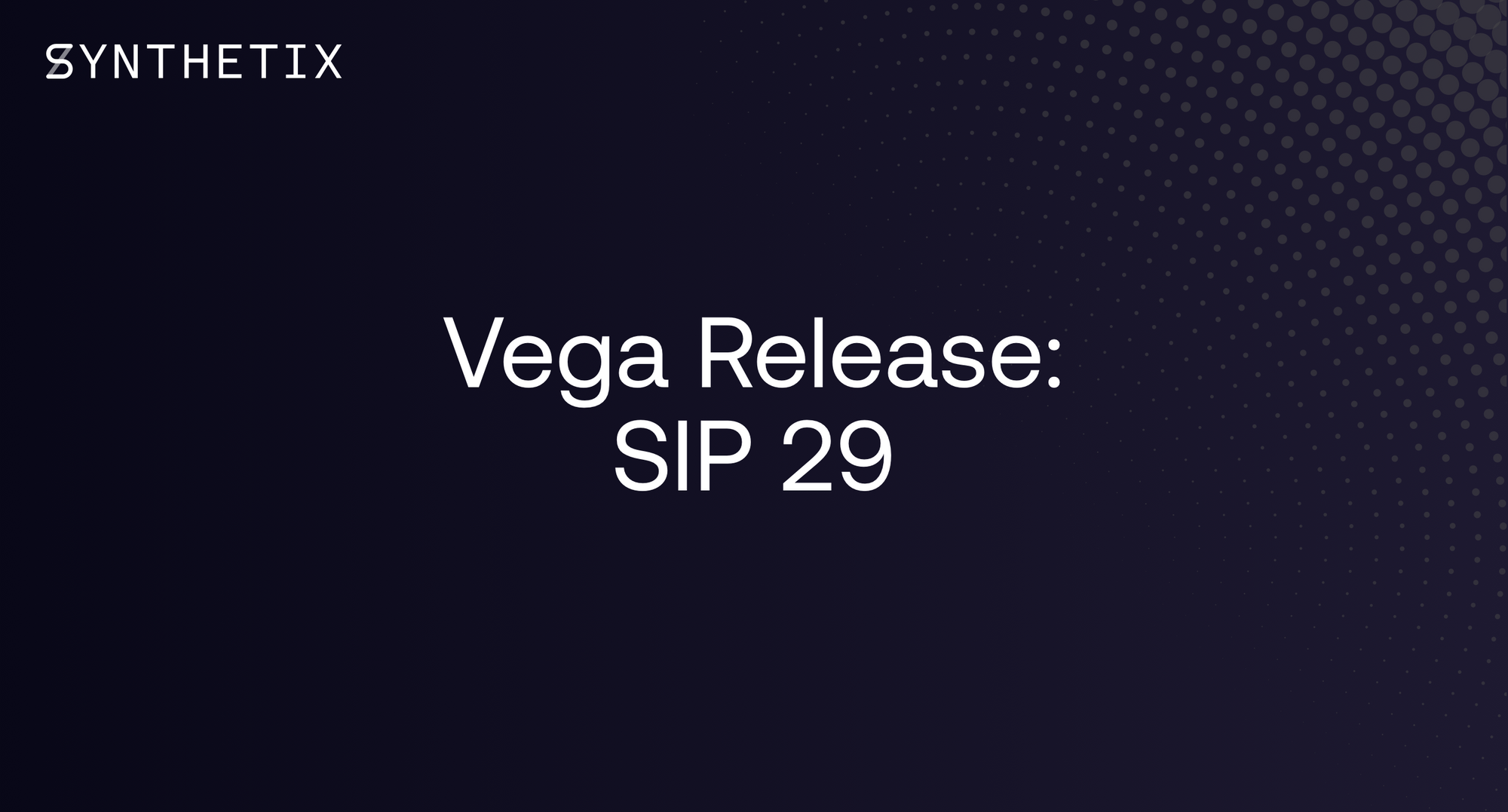 Today we're deploying a new system upgrade to launch one SIP. We will be taking down the system for several hours to deploy this release. During this time, users will be unable to interact with the system in any way, including using Mintr or Synthetix.Exchange, and transferring SNX or Synths.

The SIP to be launched today is SIP-29. This SIP removes the functionality to mint, burn, or claim rewards in any Synth other than sUSD. This update is necessary because it is currently possible for frontrunning bots to quickly mint a Synth before a new price update has been pushed on-chain, then burn immediately, and thus profit from price movement without paying exchange fees.

SIP-29 is being deployed quickly without the usual week's notice to ensure frontrunning bots cannot exploit this loophole further and inflate SNX stakers' debt. It has already been discussed as an open issue though.

This release is called 'Vega,' which like all releases is named after a star (in order of visual magnitude). If you've got any comments or questions about the release, please submit it at our GitHub Issues page or come join the informal conversation in Discord.