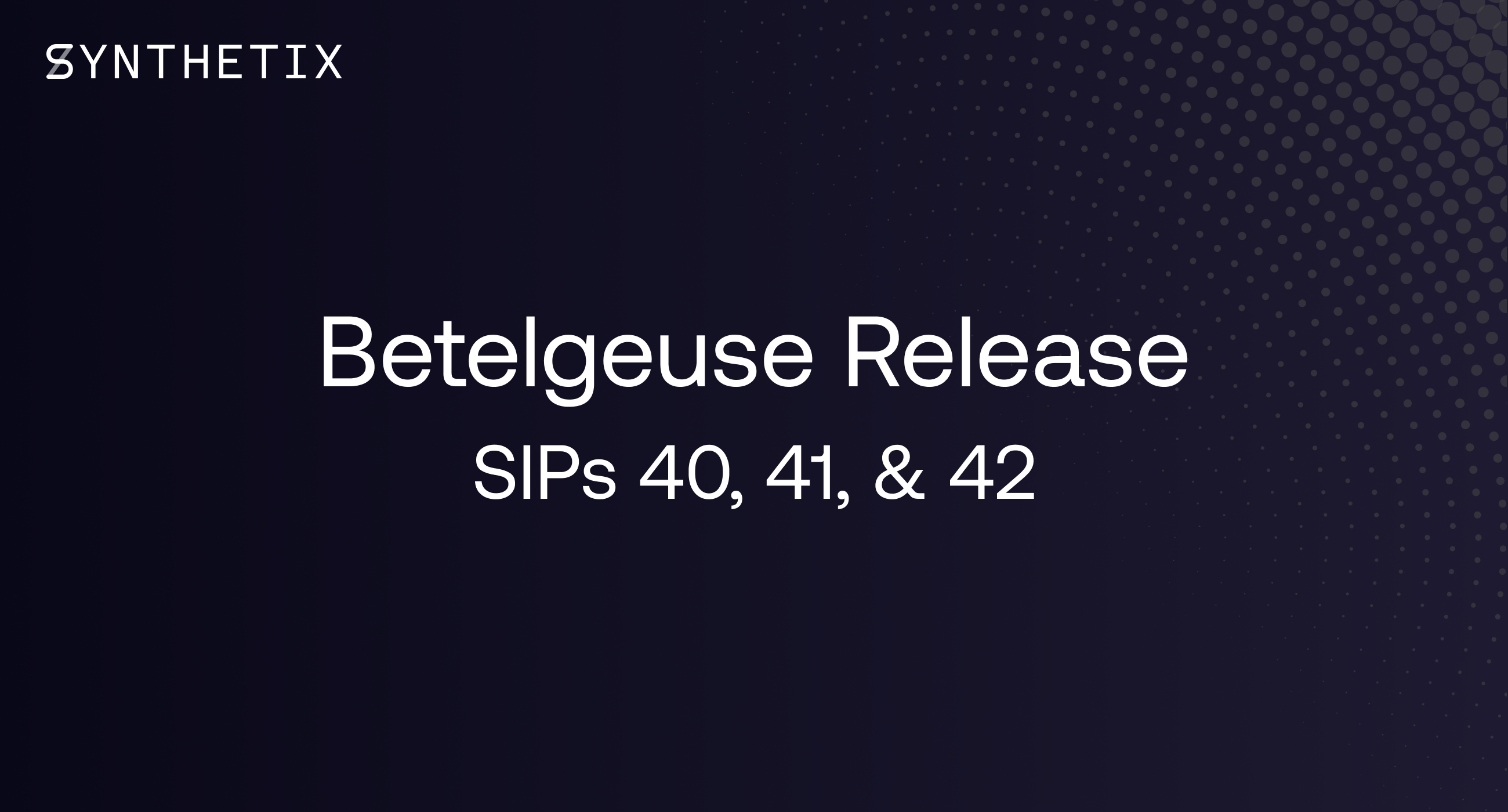 Today (February 28, AEDT), we're deploying an upgrade with several protocol improvements. The system will be down for several hours while the upgrade is deployed. During this time, users will be unable to interact with the system, including using Mintr or Synthetix.Exchange, and transferring SNX or Synths.

As this release is occurring sooner than expected, there will be a delay before the 2m SNX distribution to good actors staking SNX.

This release is called 'Betelgeuse,' which like all releases is named after a star (in order of visual magnitude). If you've got any comments or questions about the release, please submit it at our GitHub Issues page or come join the conversation in Discord.