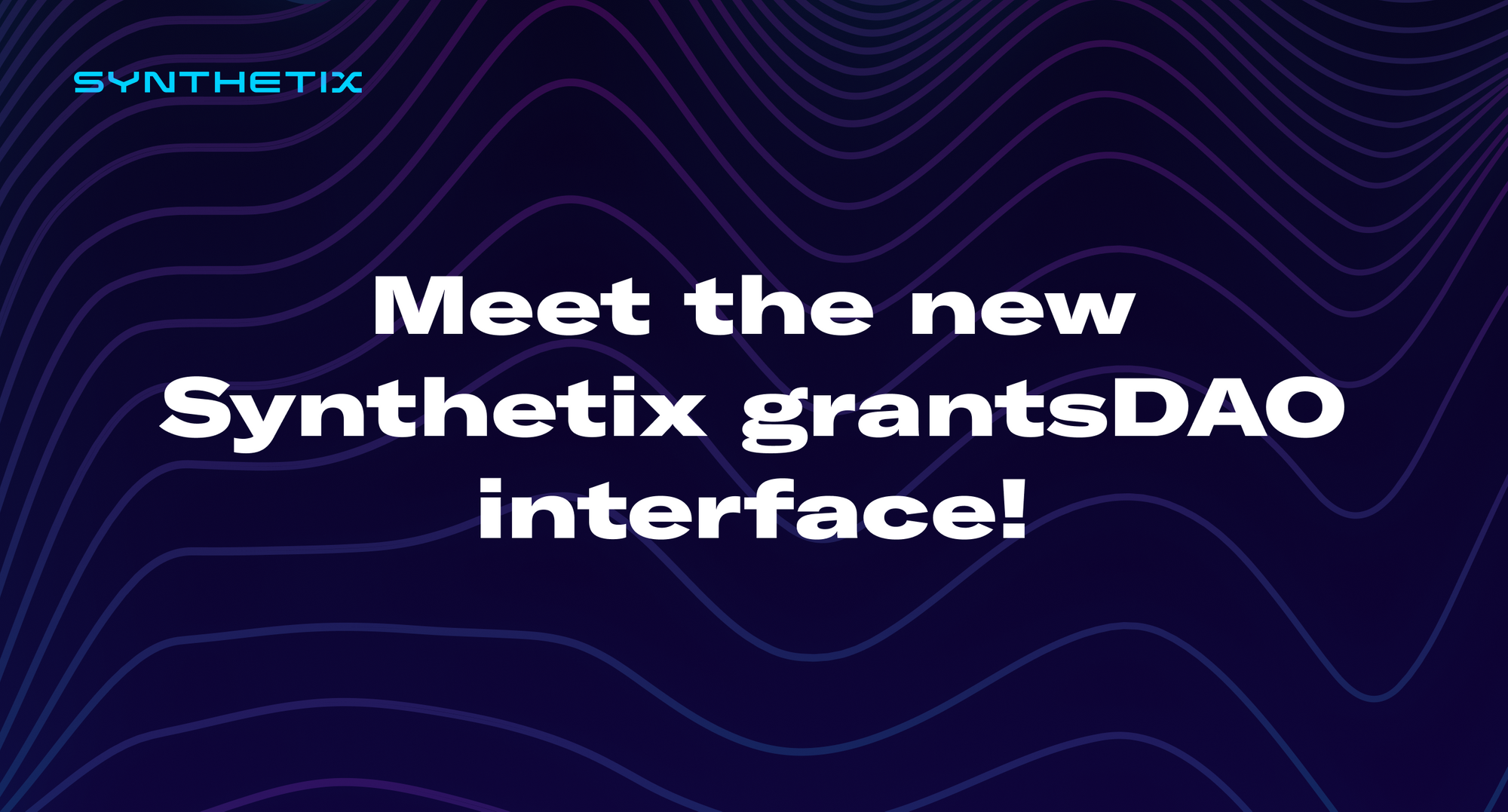 We’re excited to announce that the Synthetix grantsDAO now has a brand new interface, where anyone can get a full view of what projects the DAO is considering and/or funding. This marks a major milestone for the grantsDAO, as one of its intentions was to provide high transparency for the community about which projects were being funded to further the ecosystem.

This new interface is housed at grants.synthetix.io, and was built by the talented team over at Protofire via a grant! Its code can be viewed in the grantsDAO repository on Github.

One particularly exciting new feature of the interface is the Requests tab, which allows the grantsDAO members to publish outlines of projects they would like to fund, opening up a greater potential for alignment between community members and the DAO members.

The dApp uses a new grantsDAO subgraph using The Graph, created by the Protofire team.

How to submit a grantsDAO proposal

Thanks for reading about the new interface, go check it out and if you‘ve got any questions come join the conversation in Discord!