MakerDAO and the Dai 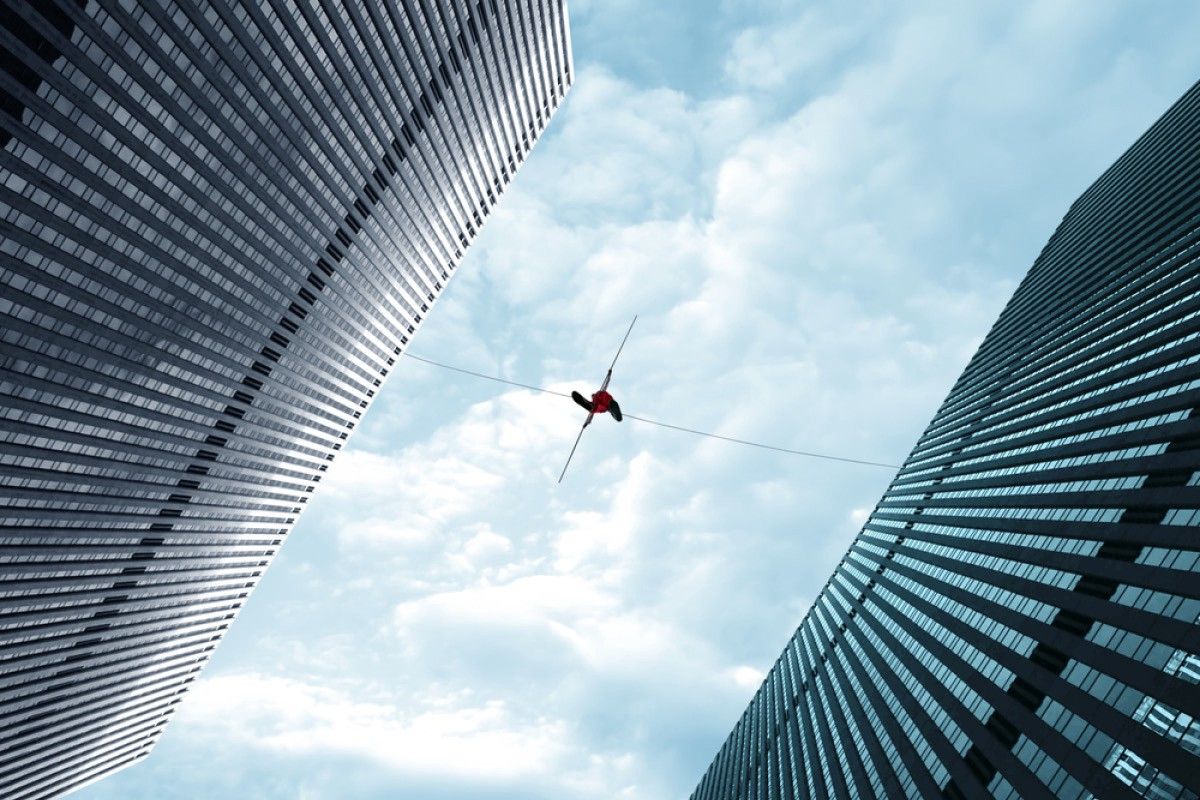 As meteoric growth brings mainstream attention to cryptocurrency, volatility continues to undermine its adoption. The primary function of currency — to act as a medium of exchange — cannot be fulfilled until stability is achieved. Stablecoin projects are becoming increasingly popular as the community turns its attention toward what is one of the most important problems in cryptocurrency. The Maker project was one of the first in the space and recently released their stablecoin — known as Dai — in December. In this post we compare Maker’s approach with Havven, similar to our last post which looked at the Basecoin project.

Maker and Havven share the belief that a stablecoin should begin with a pool of distributed collateral, since parity with an asset that has a well defined market value is the foundation of price stability. Due to the transparency of blockchains, anyone can verify the collateral backing a stablecoin. This helps Havven and Maker improve upon centralised efforts like Tether, where users must trust that the required amount of USD is held by the company. While Havven and Maker agree that stablecoins should be collateralised, they differ on what that collateral should be. In Maker, Dai is collateralised by other cryptocurrencies; in Havven, the system itself is tokenised and used as the collateral. In order to understand the impacts of these choices we first need to understand how and why Dai is created.

How is Dai Created?

In order to create Dai, a user must lock some collateral (currently only ETH) into what is known as a collateralised debt position (CDP). The owner of the CDP can then “borrow” Dai up to a collateralisation ratio of 150%. This means that a CDP containing $150 worth of ETH would allow up to 100 Dai to be borrowed. The borrower then sells the Dai on an exchange to anyone looking for stability, with the proceeds transferred to the owner of the CDP. In order to retrieve the ETH collateral, the user must return the same amount of Dai they borrowed originally and pay a fee to the MKR token holders for stabilising the system.

Why is Dai Created?

There are no fees on Dai transactions so CDP owners don’t receive revenue for collateralising the system. This means there are two incentives to create Dai:

We believe that that these are not the right incentives to collateralise a stablecoin. The 150% collateralisation ratio means that to borrow $X you need at least 1.5 * $X collateral. Requiring borrowers to over-collateralise their loan marginalises the group of people that need to borrow the most — those without money. To allow more efficient borrowing, Maker would need to lower the collateralisation ratio but this would make Dai less resilient to price shocks in the collateral. Choosing between efficiency and resilience is a major dilemma for collateralised stablecoins. Unfortunately, this undermines borrowing as a use-case because the Maker platform cannot provide funds to those who need them most without also impacting the stability of Dai. More importantly, there is no incentive to borrow unless there is a belief that the price of the collateral will rise.

Leverage magnifies the gains and losses from price movements in the collateral. This may be fine when price increases, but when it drops Dai becomes less collateralised while CDP owners simultaneously lose on their positions. Consider the following example, which is recommended in the Dai whitepaper:

Using leverage to incentivise the collateralisation of a stablecoin is inherently contradictory, since it increases the impact of volatility. Unfortunately for Maker, their approach means creation of Dai will be highly correlated with the expected future price of the collateral. When prices are expected to rise, people will be willing to open CDPs, but when they are expected to fall, there isn’t any real incentive for Dai to be created. This problem is exaggerated by the fact that dropping prices will likely be one of the highest periods of demand for a stablecoin.

Havven’s issuance mechanism allows it to avoid a dependence on rising collateral prices. In order to issue nomins a user must lock some of their havven tokens in the system. Like Maker, there must be a greater amount of value locked in the system than the value of nomins that is issued. However, the incentive to issue nomins comes from fees that are charged on nomin transactions. These fees are pooled and distributed to those that have issued nomins. This means that regardless of whether havven tokens are expected to appreciate or not in the short-run, the user has a tangible incentive — transaction fees — to collateralise the system. This also means that the supply of nomins should naturally track demand, rather than in Maker where it tracks the expected future price of the collateral.

Havven improves responsiveness by defining a collateralisation target, which is where the intersection of nomin supply and demand yields a price of $1USD. The system distributes transaction fees in proportion with how well each havven holder individually tracks this target, providing an explicit incentive for them to maintain a stable price. The rate they receive is only maximised when their personal collateralisation ratio is equal to the systems collateralisation target. This is in contrast to Maker, where CDP owners don’t have any real interest or responsibility in maintaining the stability of Dai. Since the demand for the nomin — or any stablecoin — depends on its stability, there is an additional implicit incentive to ensure the stability of the nomin price; the more stable it is, the more people will transact with the nomin and therefore the greater fees the havven holders will receive.

Over-collateralisation provides confidence that each nomin can be redeemed for its face value even when the value of the collateral drops. However, it does not on its own guarantee a stable price. Ultimately, the price of a stablecoin is — like any currency or asset — determined in real-time by the intersection of market demand and supply. Havven’s proportional fee distribution means that it is responsive to short-run fluctuations in demand for the nomin. When demand changes, havven holders need to rebalance the supply of nomins in order to once again receive the maximum fee rate. We believe that this mechanism helps Havven deal with the efficiency vs resilience dilemma introduced by over-collateralisation. The faster that havven holders take stabilising actions, the more efficiently the system can operate. This in turn should increase the volume of nomin transactions and therefore the fees they receive, creating a positive feedback loop that isn’t hinged on speculative movements in the price of the collateral.

In contrast, Maker seems to assume that over-collateralisation itself is enough to ensure stability. Their short-run mechanism — known as the Target Rate Feedback Mechanism (TRFM) — is designed only to be activated in periods of “extreme volatility”. The TRFM attempts to simultaneously rebalance market demand and supply of Dai by changing the price that Dai is created at (known as the target price). If the target price is raised (or lowered), less (or more) Dai can be borrowed for the same amount of collateral. The effectiveness of the TRFM will be undermined by the fact that Dai creation is primarily influenced by market sentiment regarding collateral prices.

Currently, Maker supports one type of collateral, known as Pooled ETH (PETH). PETH effectively has the same value as normal ETH except it can be diluted if too many CDPs are liquidated without enough collateral. Maker plans to allow additional types of collateral to be used to generate Dai in the future, which should reduce the impact of a black-swan such as the price of ETH crashing. However, almost all cryptocurrencies are highly correlated with one another so the benefits of this diversification will probably be insignificant. Maker believes they can overcome this issue by including non-correlated digital assets such as Digix (tokenised gold). Unfortunately, tokenised real world assets will always be vulnerable to the problems of trust and custodianship. The gold backing Digix is held by ValueMax, a publicly listed company located in Singapore. This means that not only must users trust the actions of the company and its employees, they also must hope that the government does not interfere. By attempting to solve the issue of diversification, Maker is reintroducing one of fundamental problems that cryptocurrency solves.

Maker believes in collateralising Dai but the incentives for doing so are based on the unrealistic assumption that collateral prices will always rise. Promoting leverage as a use-case undermines the goal of stability by increasing the impact of volatility. Where Basecoin relies entirely on its mechanism at the expense of collateralisation, Maker relies too heavily on over-collateralisation, ignoring the impact of short-run volatility in demand. At Havven, we believe that over-collateralisation provides the foundations of a stable price, but does not guarantee it. That is why we have designed an incentive structure that naturally promotes users to change the supply of nomins when demand shifts. By defining an explicit collateralisation target, we improve the responsiveness of the system by encouraging users to take price stabilising actions quickly, in order to receive the maximum fee rate.