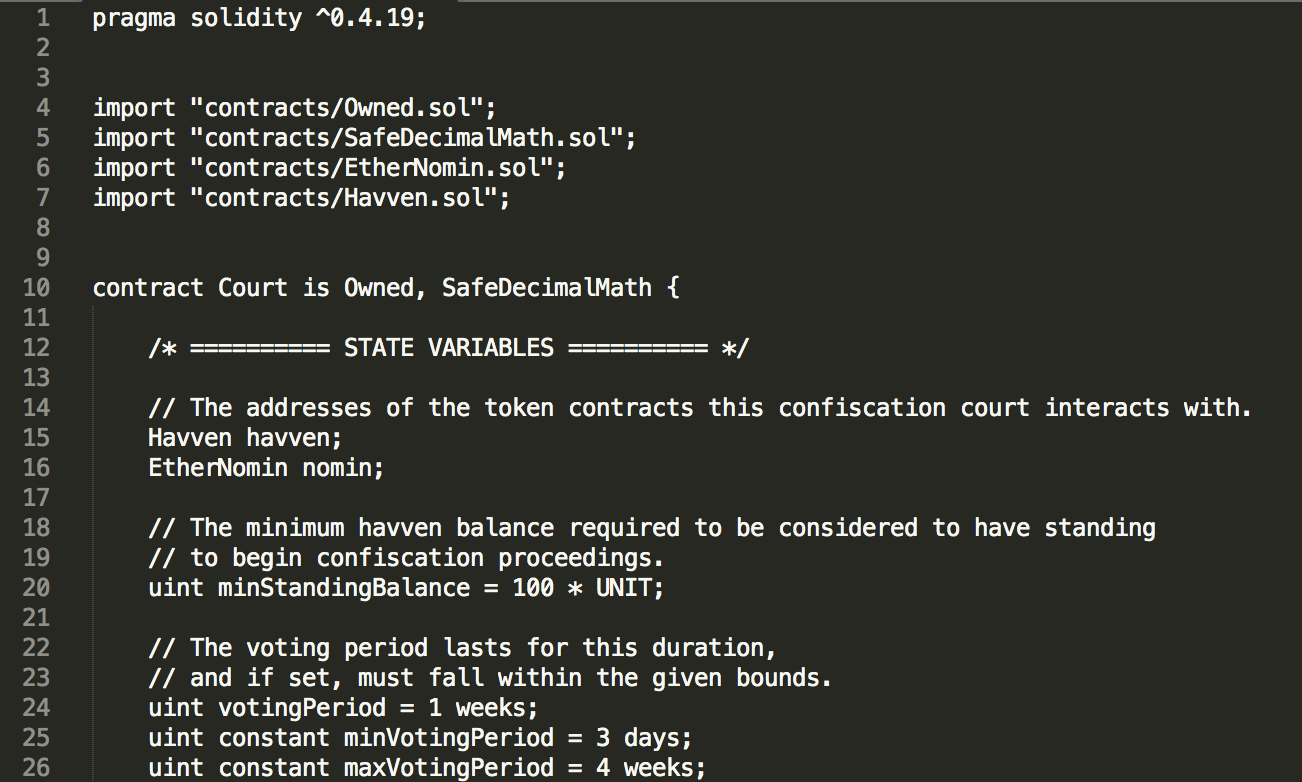 Today we’re pleased to announce that we have open sourced the code for version 1.0 of the Havven platform under the MIT licence, in addition to the previously released code for our network simulation. We chose the MIT licence given that it is one of the most permissive licenses available and will allow components of the network to be integrated into closed source projects, which is critical for adoption by financial institutions.

We’re very pleased to be working with the team at ZKLabs, led by Matthew Di Ferrante. Matt leads a stellar team who will be hands-on during the audit, including Dean Eigenmann and Nick Johnson. Matt and Nick also work at the Ethereum Foundation as security engineer and core developer respectively. Nick also leads the popular ENS (Ethereum Name Service) project.

We’re also excited to be working with a local Australian auditor in Sigma Prime. The team at Sigma Prime specialise in blockchain technology and information security, with penetration testing and smart-contract auditing as core offerings. The audit of the Havven contracts will enlist multiple PhDs, security experts and smart-contract developers.

Our partners will undertake specialist, independent security analysis of the contract interactions, as well as provide an interface for our developer team to ensure code simplicity and gas-efficient execution. Both audits will include two full rounds of iteration to ensure the best coverage possible. We expect the audit to be completed ahead of the token sale on the 28th of February.

Version 1.0 enables the issuance of ETH-backed nomins in US dollars (eUSD) into the network. In the months following the token sale, the contracts will be extended to enable the issuance of havven-backed nomins as described in our Havven launch plan, found here. This first version will allow the Havven foundation to gather valuable utilisation data in order to optimise the future performance of the network. If you’re interested in browsing through our source code, check out the code on our GitHub.

If you’d like to reach out with feedback, please contact a member of our core technical team at tech@havven.io, or jump on our public telegram channel.