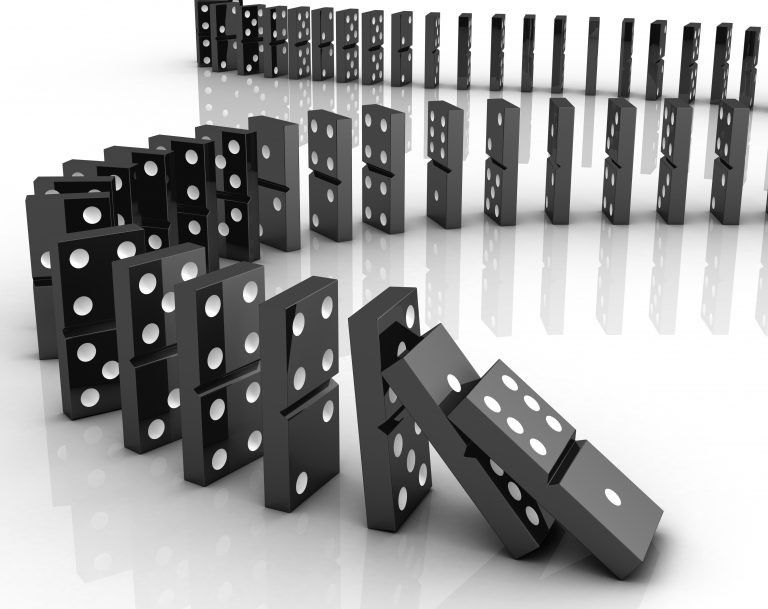 The Basecoin project aims to provide a stablecoin by algorithmically modifying supply to maintain a constant price. At a high level, this approach is similar to Havven and most other stablecoin projects; where demand is hard to influence directly, supply can be modified either algorithmically or by providing incentives to users. Unfortunately, Basecoin’s stabilisation mechanism is inappropriately derived from the Quantity Theory of Money, leading to an incentive structure that is circularly defined. The protocol is further weakened by the lack of collateral backing the stablecoin. In this post, we discuss the weaknesses of the Basecoin approach in comparison with Havven, which creates direct incentives between the consumers and providers of stability and is backed by a pool of distributed collateral.

The Basecoin protocol uses three tokens; Basecoin which is the intended stablecoin, Base Bonds and Base Shares. The mechanism to stabilise the price of the Basecoin is outlined in the white paper. When the price is too low, the protocol auctions Base Bonds at a discounted price in an attempt to reduce the supply of Basecoins. Base Bonds promise to repay 1 Basecoin at some point in the future. In contrast, when the price is too high, the protocol increases supply by issuing new Basecoins to pay back the holders of Base Bonds. If all Base bond holders have been paid but the price is still too high, the protocol distributes Basecoins to Base Share holders under the impression they will sell them in the open market, until the price decreases back to the target price.

Stability in a decentralised currency should begin with collateralisation, since parity with an asset that has a defined market value provides the basis of confidence in a stable price. Collateralisation via a trusted third party is straightforward to implement, as can be seen with Tether, which has managed to maintain a consistently strong peg to the US Dollar. However, this centralisation necessitates trust in the custodian of the asset, significantly undermining the principles of decentralisation. Interestingly, Basecoin have decided not to collateralise their stablecoin. This decision means that the success of the protocol resides entirely with the mechanism itself.

Havven overcomes the problem of trust by tokenising the system itself and distributing it throughout the network. This token — known as the havven token — provides the collateral for the issuance of the stablecoin. Every stablecoin — known as the nomin token — is backed by some greater quantity of havven value locked in the system. Overcollateralisation of the nomin provides confidence that it can be redeemed for its face value even when the value of the collateral drops, strongly supporting a stable price. In contrast to Basecoin’s one dimensional mechanism, Havven’s approach to stabilisation begins with overcollateralisation and is then supported by the incentives to control nomin supply.

The Quantity Theory of Money

Basecoin justifies its stabilisation mechanism from the Quantity Theory of Money (QTM), which states that the general price level of goods and services is directly proportional to the money supply. The Basecoin authors contend that because of this theory, central banks managing inflation perform only one function at a high level; expanding or contracting the money supply in line with changing prices. While there is support for the QTM as a long-run theory, it has been challenged by notable economists. Both Hayek and Chandler believed the assumption that velocity is independent of the level of money to be incorrect, arguing that changes in the money supply tended to be offset by inverse changes in velocity.

More importantly, the QTM is inapplicable over the short-run. This is because the QTM assumes that the velocity of money and the volume of production are constant, which is only true in a period of long-run equilibrium. Deploying a QTM mechanism in the design of a stablecoin is problematic because stablecoins need to correct price instability quickly in order to maintain confidence in the mechanism to avoid “breaking the peg”. The authors acknowledge the short-run inapplicability of the theory but suggest that “The critical insight is that all incentives in the system are structured to encourage exchange rate traders to restore a peg, so long as they expect a long-term correction of coin prices”.

Reliance on the collective belief of long-term price stability creates a fundamental problem with the Basecoin protocol; an incentive structure that is circularly defined. There is no reason for a user to perform the required stabilising action unless they believe the price will stabilise, but the price will never stabilise unless enough users perform the required actions. Recall that when the protocol needs to contract the supply of Basecoins because the price is too low, new Base Bonds are issued at a discount. The incentive to purchase a Base bond only exists if, at that point in time, the user believes that that the future price will — with high probability — increase back to the target price. Likewise, the distribution of Basecoins to Base Share holders suffers a similar problem. As a Base Share holder, the incentive to actually sell the Basecoins that have been distributed only exists if the belief is that the price will drop.

This mechanism creates a fundamental instability in the system; it works when confidence in the protocol is high but breaks irrevocably when it falls. If for any reason users lose confidence in aggregate that the Basecoin price will stabilise in the future, they will stop taking the actions that are needed for it to stabilise. For example, if the price of Basecoin drops substantially and users stop believing it will recover, then no one will purchase Base Bonds, causing the price of Basecoin to continue to fall. This would be the rational decision because the only way that a user will profit is if the price of Basecoin does recover. Not only is this circular incentive structure dangerous, it already exists. It is implicit in the Basecoin market, whereby as long as there is some confidence in a stabilisation mechanism, users will buy when the price is low and sell when the price is high, under the assumption that prices will stabilise. Basecoin’s stabilisation mechanism is redundant because it adds no additional value on top of the natural stabilisation incentives in the market.

In Havven, as long as there exists some demand for nomins, the incentive to stabilise price does not rely on the belief that the price will stabilise at some point in the future. This is because in Havven, users who take actions to stabilise the nomin price are rewarded with transaction fees. This means that as long as there are nomin transactions, there is a tangible reward that does not rely on the general level of confidence in the protocol at any specific time. Havven therefore avoids a circular incentive structure, significantly improving its resilience to price drops by ensuring that nomin users pay collateral holders directly for stabilising the price.

In addition to avoiding circular incentives Havven encourages users to act quickly to take price stabilising actions, which is essential to maintain confidence in the mechanism. The faster a havven holder moves to stabilise the nomin price, the greater the reward they receive. This is because they only receive the maximum fee rate if their personal collateralisation ratio is equal to the optimal collateralisation ratio. The faster the havven holder reacts, the larger fraction they receive of the total fees generated, before other users also react.

Basecoin’s approach to price stability fails because it is derived from the QTM which is inapplicable to the stablecoin problem. Misapplication of the QTM oversimplifies the problem, which has led to the Basecoin team devising a circular incentive structure that relies on both confidence and capital. These incentives fail to increase stability whilst introducing dangerous feedback loops. The weakness of the Basecoin mechanism is magnified by the decision not to collateralise their stablecoin, removing the fundamental notion of price stability. In contrast, Havven seeks to create a decentralised marketplace for stability, where the incentives between providers and consumers are clearly defined and underpinned by a distributed pool of collateral.