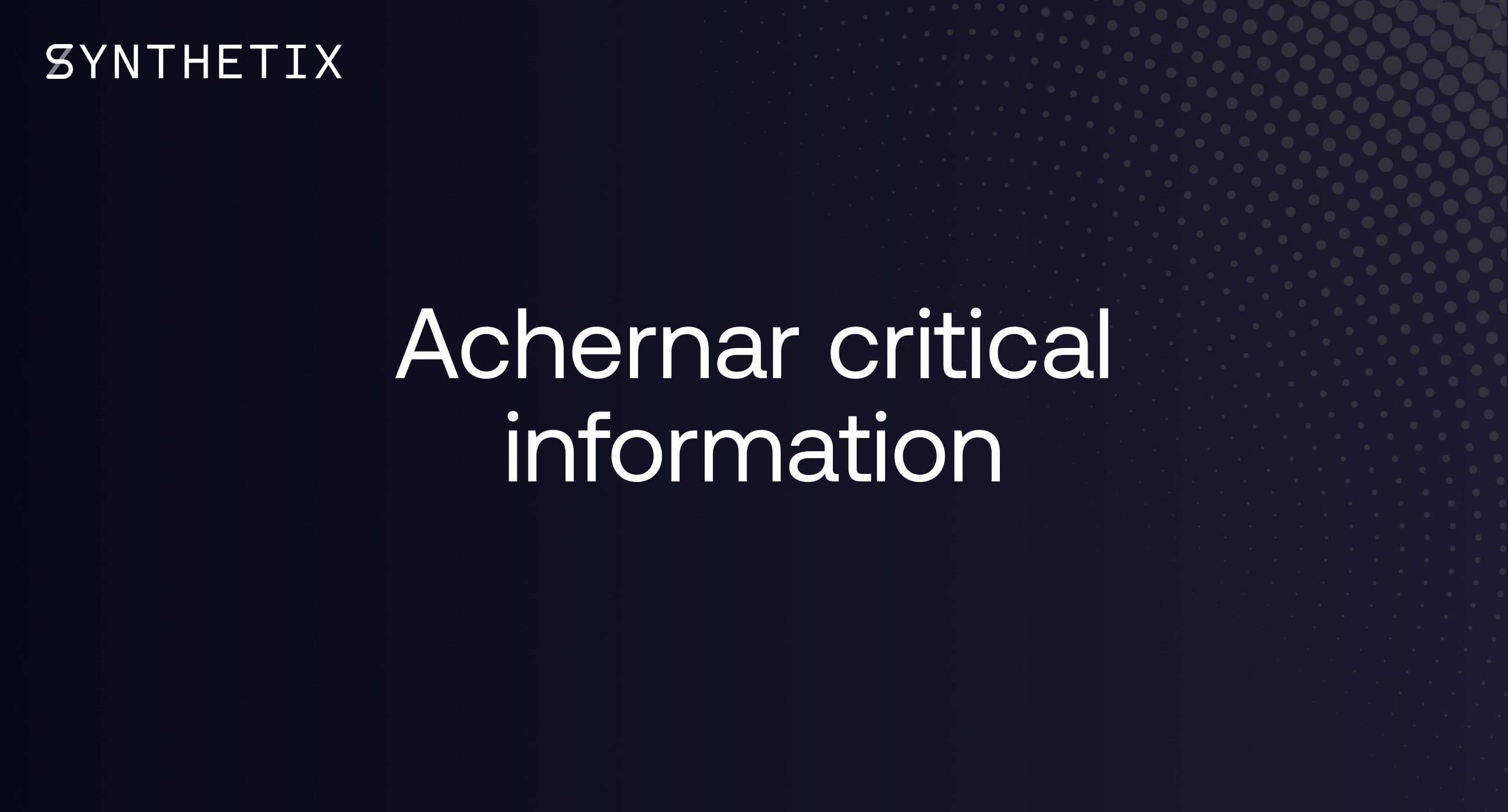 Several initiatives were announced last week to address the debt increase over the last few months. This post will clarify the criteria that will be applied for inclusion in these initiatives as well as additional information on the proposed trials and timing. Due to the Achernar release preparation we had a very small window to get a secondary upgrade to the fee pool contract to enable burning debt, after a review today we decided to roll the fee pool update into the Achernar release to provide more time for testing. Given we will not be able to implement the debt mitigation plans until after this period closes we are instead planning a temporary reduction in the c-ratio claim buffer to allow anyone with a 500% c-ratio or above to claim. This will provide time to implement debt reduction during the next period.

SNX Distribution to non-snapshotters
The most controversial initiative announced last week was the distribution of 2m SNX to stakers who did not exploit the system through “snapshotting”. For clarity, snapshotting is the process of minting before the snapshot and then burning immediately after, allowing someone to claim exchange fees and inflationary rewards while taking no risk. This exploit has existed since late 2018 but there was insufficient incentive for stakers to execute it until recently. A confluence of issues over the last month resulted in a significant increase in the percentage of the network exploiting this mechanism design flaw.

The events above created a powerful feedback loop leading to 50% of the Synth supply ($25m USD) being burned to rebalance c-ratios within the network. As the supply was burned there was a strong incentive to keep sETH in Uniswap due to the SNX incentives paid to LP’s. This forced stakers to hold more sETH to hedge against sETH in the debt pool. As the ETH price appreciated the percentage of the pool held in sETH increased to almost 90%. At this point snapshotting became the rational strategy for most stakers.

The issue compounded for non-snapshotters because they were exposed to the entire risk from the debt pool AND frontrunning, but were having a significant portion of the exchange fees siphoned off by snapshotters. This reached a critical point during the most recent fee period where the ETH price appreciation of 20%+ was borne solely by non-snapshotters.

The decision to distribute SNX to stakers who did not exploit the system was partly to offset the debt increase, though it will be a fraction of the debt increase they experienced, but most importantly it was a signal to community that retrospective punishments are unacceptable but that the foundation will step in to reward good actors in the system where needed.

The SNX distribution will be based on three factors:

One instance of snapshotting results in exclusion

To calculate the amount of SNX each wallet will receive we perform the following calculation: Time staked  * Debt percentage.

SNX Debt Jubilee
In addition to the SNX distribution we plan to use SNX from the foundation treasury to help alleviate the debt burden caused by frontrunning. We are currently trialing the dFusion platform and will continue to trial this over the coming weeks. The exact amount and duration of the auction will be confirmed at a later date.

Restarting the Arb Auction
We will also utilise dFusion to continue the trial of SNX being auctioned to maintain the sETH peg.

sETH and Fee pool burn
We will unfortunately not be able to burn the fees in the current, ie unclaimed fee period, reducing the impact of snapshotting on stakers. However, we have implemented a change to fee pool to enable us to burn the arb rewards during the next period.

Stablecoin Trial
As discussed above one of the issues with the skew of the fee pool was the incentive to hold sETH in Uniswap. This trial will incentivise some of the sETH holders to migrate to a stablecoin pool making the total debt pool more market neutral. This trial will start shortly and will allocate 50k SNX per week for four weeks. It should result in immediate demand for sUSD and help to restore the peg.

Additional updates
The audits for Achenar are completed and the internal testing is done. Based on backtesting data fee reclamation is extremely effective at reducing frontrunning even with a reclamation window of a few minutes. We will need to gather more data in production against actual frontrunning bots, but it looks like there will not need to be a significant UX trade-off to end front running.

sX v2 is ready for production, and while there are still some features to be implemented we expect to be able to restore the majority of assets and lower trading fees over the next few weeks as we review the new asset listing framework established by Delphi Digital.

We will review the priorities for Betelgeuse with the community later in the week and formulate a plan for the next few releases to ensure that snapshotting is resolved permanently and that other high profile features are released as soon as possible.

If you've got any questions, come join us in Discord!